Why Adultery Can Matter In Tennessee Divorce 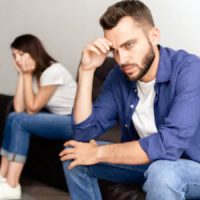 On August 23rd 2022 the Memphis-Shelby County Schools Superintendent, Mr. Joris Ray, resigned from his post after formally reaching a separation agreement with the school board. Mr. Ray was placed under investigation earlier this year when allegations made by his wife in divorce proceedings suggested that Mr. Ray may have abused his power and violated district policies by entering into multiple adulterous affairs with district employees. Mr. Ray continues to deny violating any policy but has agreed to resign as the investigation has “become distracting to and constraining for the district.” As part of the agreement Mr. Ray will receive 18 months salary and various benefits.

Mr. Ray’s removal may never have occurred if his soon-to-be-former spouse had not entered her divorce pleadings citing allegations of adultery. This may raise the question – why might one choose to allege adultery as part of a divorce filing? What are some of the legal consequences for adultery in Tennessee? Is adultery a ground for a Tennessee divorce? What is the potential benefit to making a claim of adultery in a divorce filing?

Is Adultery Against the Law in Tennessee?

Adultery is not a crime in Tennessee. Tennessee does not act to punitively punish a person who has committed adultery. However, adultery is a form of infidelity, and, accordingly, a form of marital misconduct. Adultery may, then, be used as a ground for divorce and may be considered by the court when determining certain aspects of the divorce; such as alimony.

Adultery as Grounds for a Divorce

One spouse committing adultery can form the basis for the other spouse filing for divorce. To be successful in a divorce petition, the party alleging that adultery occurred must prove to the court by a preponderance of the evidence that an extramarital sexual affair actually occurred. If the individual was discreet in their affair, then bringing direct evidence to establish it occurred could be difficult, time consuming, and costly. Accordingly, many choose to file “marital misconduct” as an alternative divorce ground. A party may use circumstantial evidence to support a claim of infidelity as marital misconduct, which would also result in a final divorce decree.

How Might a Claim of Adultery Affect a Divorce?

Some of the ways that a claim of Adultery may affect the divorce decree include considerations of:

If you find yourself with decisions to make in your own separation or divorce proceeding, call the experienced Franklin divorce attorneys at Fort, Holloway & Rogers. Our expert advisors can provide you with the sound counsel you need as you move forward.

By Fort, Holloway, & Rogers | Posted on December 8, 2022
« How Are Child Support Payment Amounts Determined In Tennessee?
Disinheritance In Tennessee Wills »