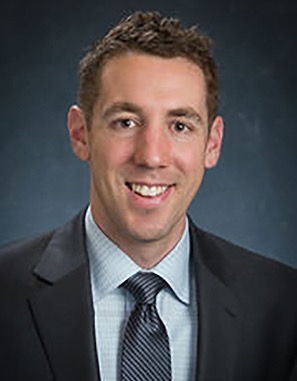 A trial attorney at heart, Stuart Saylor practices primarily in the fields of family law, criminal defense, orders of protection, guardianships, and conservatorships. He is a native of Franklin, and is focused on providing quality legal services to middle Tennessee. Mr. Saylor takes great pride in being available and responsive to his clients.

A former prosecutor, Mr. Saylor has used that training and knowledge to more effectively represent individuals accused of crimes. Mr. Saylor has successfully represented clients accused of sexual assault, rape, attempted first degree murder, aggravated assault, domestic assault, sale of drugs, simple possession of drugs, driving under the influence (DUI), theft, aggravated burglary, speeding, and traffic tickets. He has experience with just about every type of criminal charge. If you have been charged with a criminal offense in middle Tennessee, you need to understand the possible consequences and penalties. Mr. Saylor explains to his clients facing criminal charges exactly what they are facing and how they can best resolve the charges on their terms.

Prior to his work in private practice, Mr. Saylor served honorably on active duty in the United States Air Force Judge Advocate General’s (JAG) Corps. Mr. Saylor worked as both a prosecutor and defense attorney, and litigated dozens of criminal trials in front of judges and juries. In 2014, he deployed to Afghanistan where he served as the top legal advisor to a Special Operations Task Force.

Schedule a consultation with Stuart today.

I located Will on avvo.com after several initial consultations with divorce attorneys in the greater Nashville area. During our initial meeting, I realized Will was my best choice to protect my interests. He was clear and honest with me about...Read More

Mike was able to guide me a through a lengthy and tedious process, instilling in me realistic expectations. He thoroughly prepared me for every aspect of the case. I would recommend him highly for your divorce or family law needs.

I hired Will after having to let my first attorney go for never communicating with me and making me feel as though I was all on my own during my divorce. Will and his staff stepped in and a did...Read More

I went through a terrible divorce a few years ago, and ended up settling on anything and everything just to get it over with. Unfortunately, because of the settlement, I ended up in court a couple more times since the...Read More

Mr. Forts expertise and due diligence allowed me to obtain full custody of my daughter. Very professional and impressive in and out of the courtroom. Extremely organized and on top of every situation expected or unexpected. Young attorney who took...Read More

Anthony
The Best Decision We Ever Made

My husband and I interviewed attorneys as we had a difficult and somewhat unusual (at least to us!) case. Mr. Holloway was our choice. He has been a life saver for us and our family. I have trusted him and...Read More

I am very impressed with this young and very talented attorney. Picked anomalously from yellow pages, I found out first hand, the tons of integrity, honesty and a just plain willingness to do the right thing. In my opinion, one...Read More

Mr. Fort did a superb job. He handled my case well. He worked quickly with no hassles. If you need a lawyer, Michael Fort is your man.

Michael Fort did a great job handling my divorce. He answered all of my questions and aggressively pursued a resolution to my case. I was very satisfied with his representation and would not hesitate to recommend him to my friends!

Sam Holloway is a fine, professional lawyer. My wife, Denise and I have used Sam’s services for several cases over the years, including the adoption of our son, Wyatt. He is very knowledgeable, qualified, dependable and his rates are reasonable....Read More

Dave and Denise
His tenacity was remarkable!

Mike Fort was presented with a high conflict, high stakes and challenging case that was botched by the first attorney I worked with. His knowledge of the law, aptitude for understanding intelligent (yet dangerous individuals) and tenacity was remarkable! The outcome...Read More

It is so difficult to find a trustworthy attorney. After meeting with several different ones, we were blessed to find Stuart Saylor. We hired him for a case of termination of parental rights and adoption of minors. It is needless...Read More

Will Holloway was a very professional and personable attorney to work with. He was understanding of me and helped me to understand all of the steps through a post divorce case. Will provided a thorough, strong representation and helped me...Read More

I retained Mike Fort for my "simple" divorce which became complex due to the actions of my opposition. Mike and his team were responsive, thorough, and strategic throughout the process. While listening to my needs, Mike also guided me away...Read More

I highly recommend Sam Holloway! He has worked diligently on my case, responds quickly, he's very knowledgeable, and you can tell he truly cares. I couldn't have gotten through my complicated custody case without him.

Josh Rogers helped me through a divorce. He was thorough and very professional. He sincerely listened and kept me informed during the process. I highly recommend Josh to anyone seeking legal representation.

Will Holloway is amazing!! He is so professional and knowledgeable. Will was my divorce attorney and I am so thankful he was. He will fight for you! Always explaining things along the way, he made sure I knew all the...Read More

You will not find a better attorney than Mr. Fort! He was a beacon of hope for me and my two children at a time when our options appeared limited. He is an expert in domestic abuse, child relocation and...Read More

No one wants to need an attorney but when you do need one, you want a good one. One that will listen to you and fight for you with knowledge and experience. But more than that, you need one that...Read More

I never imagined I would need a divorce attorney and had no idea who to turn to. Will Holloway came to me through a referral by another attorney. He had the staff and experience to steer me through a very...Read More

Stuart Saylor belongs to an exceptional breed of attorney that blends character, intellect, composure, and a thorough knowledge of the law. He always provided responsive, deliberate, and wise council. I had an extremely complicated, unusual, and often stressful case, which...Read More

Its sounds strange saying that any divorce is a good experience. But I can say that Mr Rogers was the reason it was as smooth as it was. For years I tried doing it on my own and trying to...Read More

Anonymous
It is rare in life for...

It is rare in life for someone to come along that makes a lasting and permanent impact AND imprint in our lives. Josh Rogers is such a person. I had a very difficult child custody dispute as part of my...Read More

Mr. Rogers assisted me in my recent divorce and couldn't have been any better. He is very well respected in the legal community and simply did a fantastic job in representing me as well as keeping the best interest of...Read More

Joshua Rogers is an excellent attorney. He's professional, diligent, dependable, thorough, and will do what it takes and guide you till all is said and done. His paralegal, September, is also fantastic. I couldn't ask for a better experience during...Read More

Josh Rogers was such a blessing! Our teenage daughter attended a party where there was underage drinking involved. We were referred to Mr. Rogers by a very prominent attorney in Nashville who did not handle this type of situation. From...Read More

Josh was my lawyer in a post-divorce matter. He was very knowledgeable of the law and professional to work with. He helped me get the results in my case that I wanted. I would recommend him to others.

Anonymous
Mr. Rogers is a credit to...

Josh was not only a former student of mine, but I have had the pleasure of having cases with him. He is a scholar and a gentleman. He knows the law and practices with integrity and character. He is an...Read More

Josh is an excellent advocate for his clients. He is also respectful of the opposing litigants and their counsel. I would highly recommend Josh.