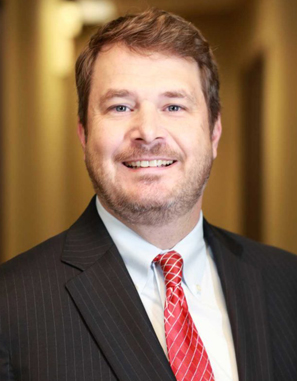 Joshua L. Rogers is a founding partner at Fort, Holloway, & Rogers, LLC. Joshua focuses his practice on family law matters. For over 15 years, Mr. Rogers has represented clients through their divorce, child custody, child support and juvenile matters. Prior to beginning his practice, Joshua graduated third in his law school class. He also clerked for the 21st Judicial District Judges in Williamson County, Tennessee for four years.

Shortly after his practice began, Joshua was appointed serve as a Juvenile Court Magistrate by the General Sessions Judges in Williamson County. He presided over thousands of child custody, child support, and juvenile matters during that time. In addition, Joshua built his private practice with professional and effective representation for his clients.

Mr. Rogers has received recognition as a Super Lawyer and a Mid-South Rising Star by Super Lawyers. This peer-nominated award is received by only 5% of attorneys practicing in Tennessee, Arkansas and Mississippi. Joshua has a superb rating by Avvo.com with a rating of 10/10. In 2013, he was chosen to participate in Leadership Franklin.

Mr. Rogers is also a Rule 31 listed mediator by the Tennessee Supreme Court. In that role, he has helped hundreds of families settle their disputes prior to incurring the expense and stress of a trial.

Mr. Rogers was raised in Middle Tennessee. He graduated from Brentwood High School in Williamson County and received his Bachelor’s Degree from Samford University.